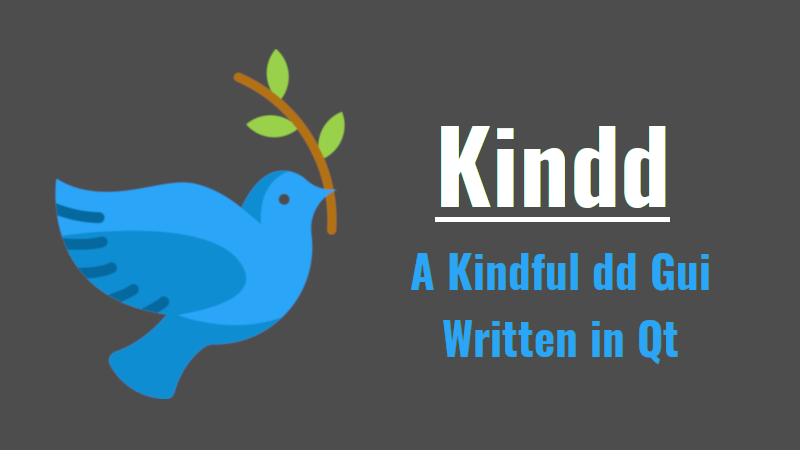 A while ago we learned how to create bootable ISO using dd command in Unix-like systems. Please keep in mind that dd command is one of the dangerous and destructive command. If you’re not sure what you are actually doing, you might accidentally wipe your hard drive in minutes. The dd command just takes bytes from if and writes them to of. It won’t care what it’s overwriting, it won’t care if there’s a partition table in the way, or a boot sector, or a home folder, or anything important. It will simply do what it is told to do. If you’re beginner, mostly try to avoid using dd command to do stuffs. Thankfully, there is a simple GUI utility for dd command. Say hello to “Kindd”, a graphical frontend to dd command. It is free, open source tool written in Qt Quick. This tool can be very helpful for the beginners and who are not comfortable with command line in general.

The developer created this tool mainly to provide,

Kindd is available in AUR. So if you’re a Arch user, install it using any AUR helper tools, for example Yay.

After installing, launch Kindd from the Menu or Application launcher.

For other distributions, you need to manually compile and install it from source as shown below.

Make sure you have installed the following prerequisites.

Once all prerequisites installed, git clone the Kindd repository:

Go to the directory where you just cloned Kindd and compile and install it:

Kindd uses pkexec internally. The pkexec agent is installed by default in most most Desktop environments. But if you use i3 (or maybe some other DE), you should install polkit-gnome first, and then paste the following line into i3 config file:

To create a bootable USB from an ISO, plug in the USB drive. Then, launch Kindd either from the Menu or Terminal. 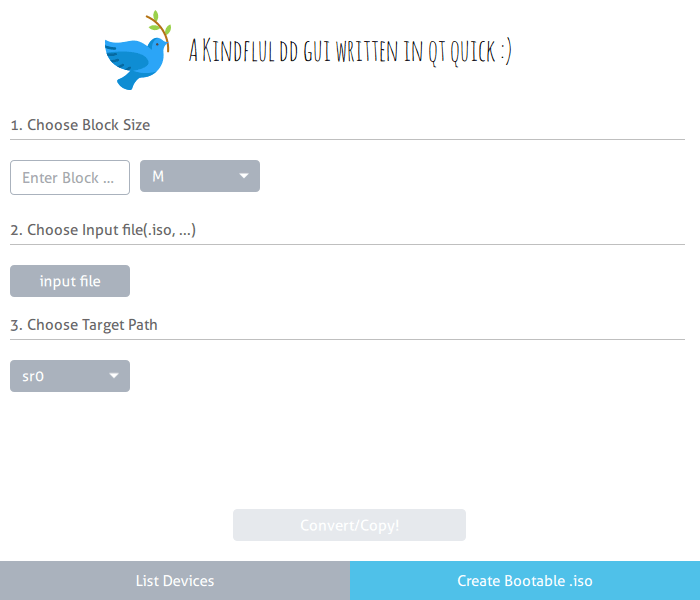 As you can see, Kindd interface is very simple and self-explanatory. There are just two sections namely List Devices which displays the list of available devices (hdd and Usb) on your system and Create Bootable .iso. You will be in “Create Bootable .iso” section by default.

Enter the block size in the first column, select the path of the ISO file in the second column and choose the correct device (USB drive path) in third column. Click Convert/Copy button to start creating bootable ISO. 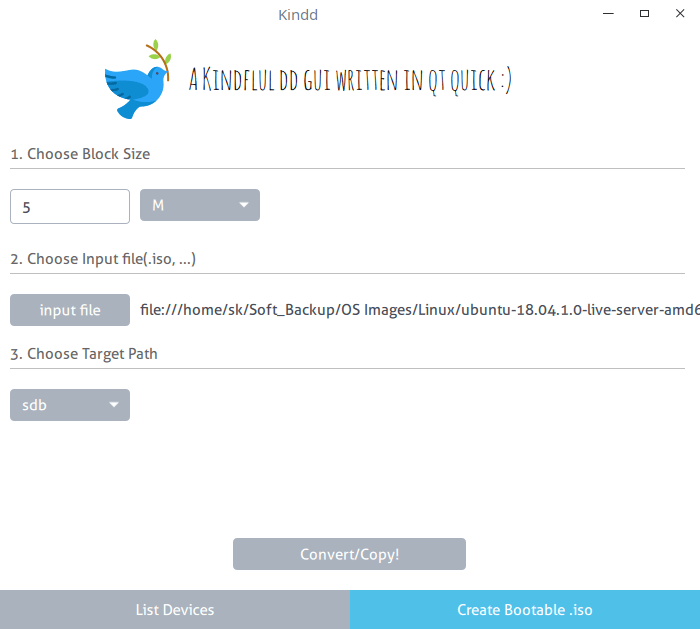 Once the process is completed, you will see successful message. 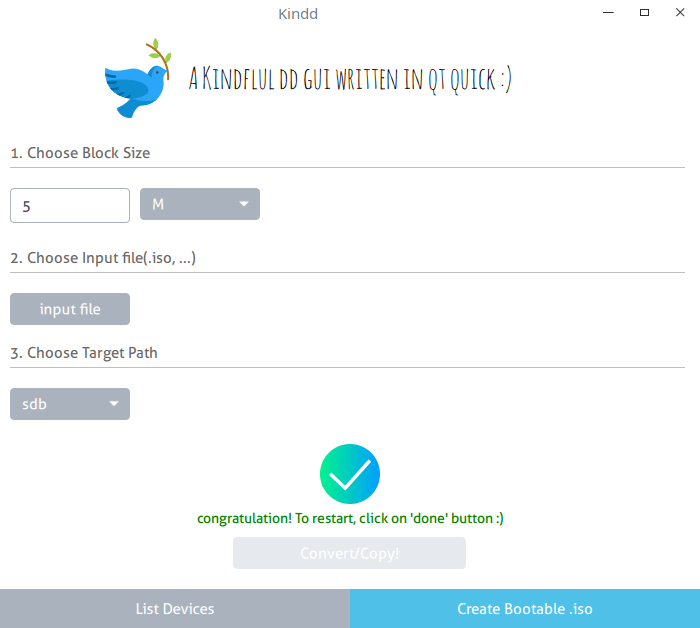 Now, unplug the USB drive and boot your system with USB to check if it really works.

If you don’t know the actual device name (target path), just click on the List devices and check the USB drive name. 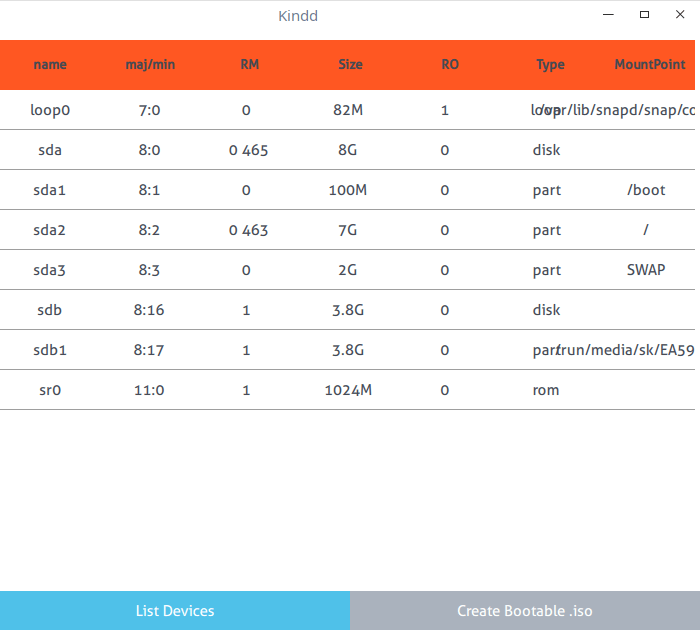 Kindd is in its early development stage. So, there would be bugs. If you find any bugs, please report them in its GitHub page given at the end of this guide.

And, that’s all. Hope this was useful. More good stuffs to come. Stay tuned!