If you are a programmer or developer and working on software applications or any website, you will definitely require some versioning system to track the changes. Version Control System is also referred as SCM (Source Code Management) tools or RCS (Revision Control System).

Version control is a method or a category of software tools that helps to keep a track of changes in the code so that if something goes wrong, we can make comparisons in different code versions and can easily revert to previous versions. It is very helpful when multiple developers are continuously working or changing the source code.

Using VCS, the programmers can review the project history to find out the following details:

Here is a simple graphical illustration that gives you an idea about how VCS actually works. 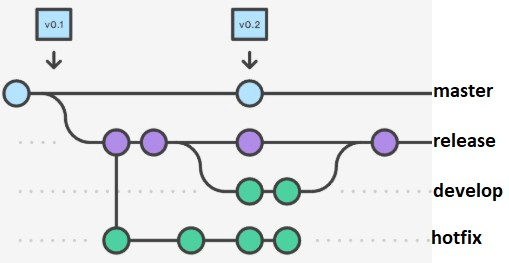 In the above figure, first line with the light blue balls are the master branch which is the main branch of the source code. So v0.1 and v0.2 are the multiple versions created to take the kind of snapshot of the whole source code. We have created multiple branches from the master branch like release, develop and hotfix branch according to the requirement. Multiple developers can work on the same project by creating different branches and at the end merge it to the master branch.

There are two types of VCS, namely: 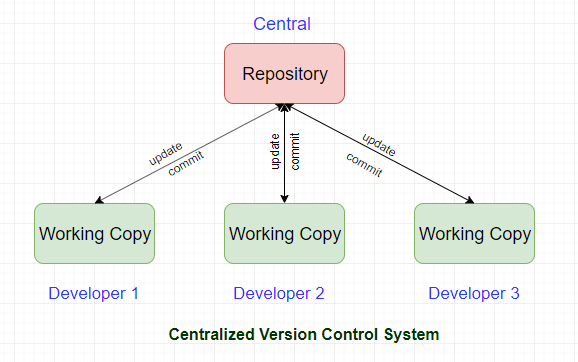 Centralized version control system works on a Client-Server relationship. Server will have all the information which is
transferred to the client. You can say that it is a kind of shared repository which provides latest code to the developers. So developers will be working on master copy every time. It is as simple as you have to pull the latest copy of code, work on it (commit changes) and then push the code back to repository.

The main disadvantage of the Centralized VCS is that it is a single point of failure. If central server went down then you cannot used it. If you are doing remote commit then it will take time as well. You will need internet connectivity to commit any changes. 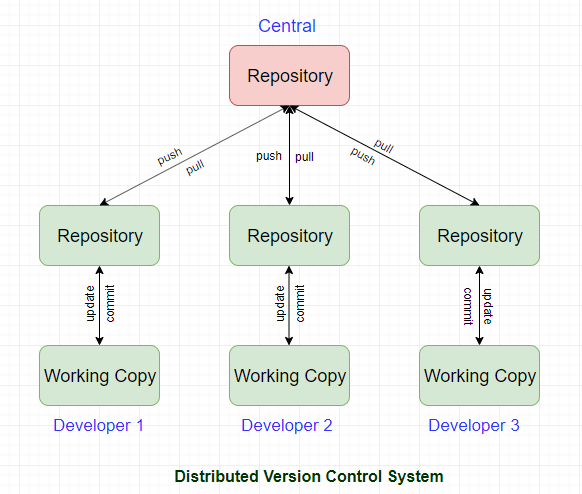 Distributed version control system has a centralized repository as well as all developers have local copy of repository.
Developers can work on their local copy simultaneously. They do not required internet connectivity to work on the code. They can do everything in the code except push and pull. If the central server went down then also there will be no impact because of the local repository.

The following graphic explains the difference between CVCS and DVCS. 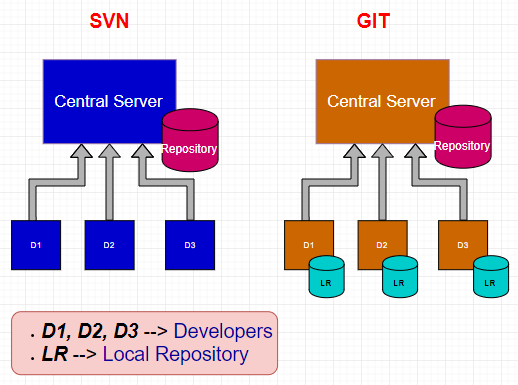 Hope you got the basic idea about VCS and its types. We will publish more guides related to VCS in the days to come. Stay tuned!