Docker networking is basically used to establish communication between the docker containers and the outside world via host machine or you can say it is a communication passage through which all the isolated containers communicate with each other in various situations to perform the required actions. In this guide, we will explain basic Docker networking concepts with practical examples on Ubuntu.

If you haven’t installed Docker yet, refer the following guide.

All commands listed below are tested with root privileges on Ubuntu.

To manage network operations, like creating a new network, connecting a container to a network, disconnect a container from the network, listing available networks and removing networks etc., we use the following command:

Let’s have some short introduction on all of them.

Allow me to show you hands-on exercises to Bridge and Host networks.

I will be using two Alpine containers to explain this type of network.

Next, let us find out the IP address of those running containers. To do so, run:

Now let us go ahead and try to ping each other to ensure if they can be able to communicate.

First, attach to the running C1 container and try to ping the C2 container:

As you see in the above screenshots, the communication is happening between the containers with in the same network.

We can also verify it by inspecting the bridge network using command:

The above command will display all information about the network, such as network type, subnet, gateway, containers name and iip addresses etc. 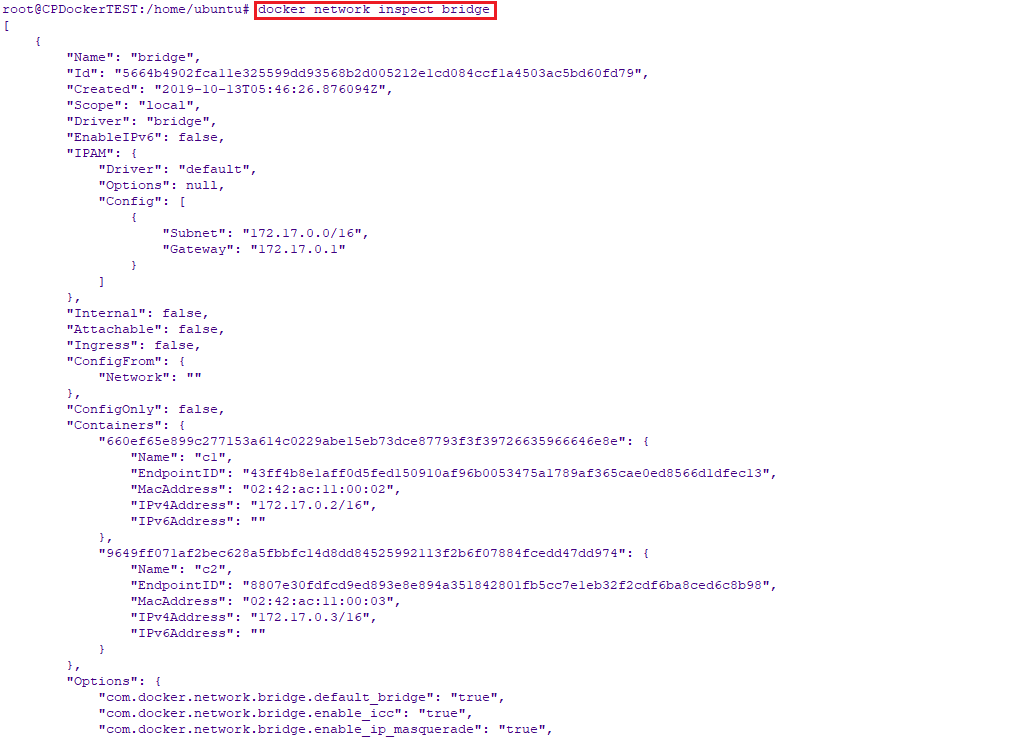 Both commands will do the same work. If you will not specify the driver name, it will create in the default network driver i.e. bridge. 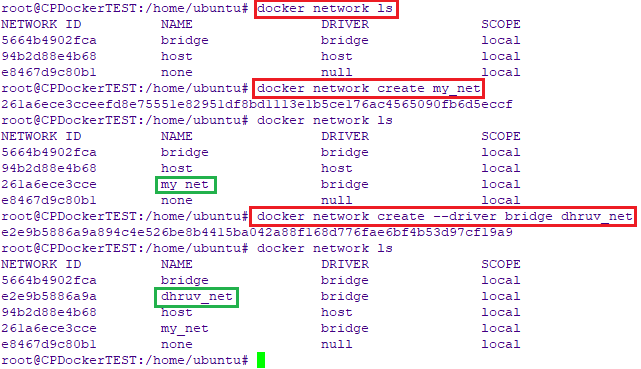 On user-defined networks like dhruv_net, containers can not only communicate by IP address, but can also resolve a container name to an IP address. This capability is called automatic service discovery.

To ensure if the containers can communicate with each other, let us run three alpine containers namely A1, A2 and A3 on dhruv_net network which we created earlier.

Now try to attach to any one of the containers and ping the other two using container name. 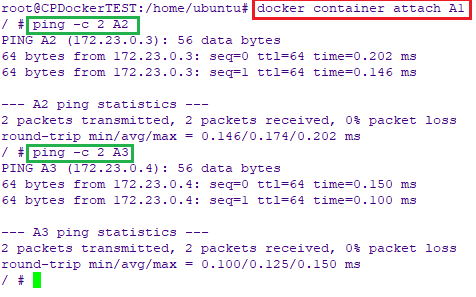 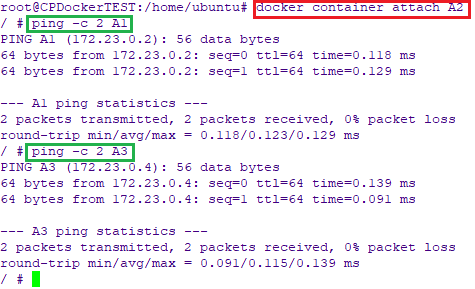 From the above screenshots, it is proved that containers can be able to to communicate with each other.

We are running a container which binds to port 80 using host networking, the container’s application is available on port 80 on the host’s IP address.

Host network is only needed when you are running programs with very specific network. The application running inside the Docker container look like they are running on the host itself, from the perspective of the network. It allows the container greater network access than it can normally get.

Here, we used netstat -ntlp command to display the listening port on the server. To find which service is listening on a particular port, this guide.