How To Display CPU Usage From Commandline 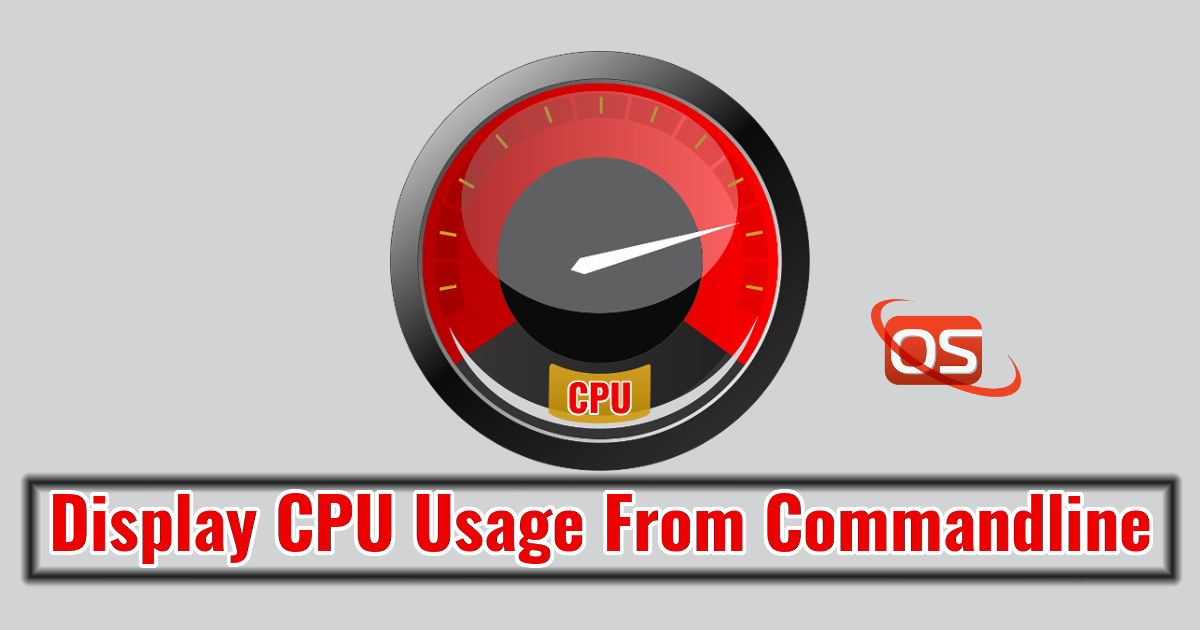 This tutorial describes how to display CPU usage from commandline using mpstat utility. Most of us use top command to show the CPU usage and the running processes. Just like top command, mpstat also displays the activities of each processor. This handy utility can help you to easily monitor the CPU utilization in any Unix-like operating systems. If you have multi-core processor on your system, mpstat is a definitive choice to display the usage of each processor core.

mpstat is available in the default repositories of the most modern Linux operating systems.

To install it on Arch Linux and its derivatives, run:

The typical syntax of mpstat command is:

Let us see some real-time examples.

The quick way to check the CPU usage is to run:

Here is the sample output from my Arch Linux desktop:

Let me break down the above output and tell you what each option does.

To display the second core, run:

This would be helpful if you have a multi-core CPU. Please note that processor core number will start from 0(zero). If you have quadcore CPU, each processor core will be referred as cpu0, cpu1, cpu2, and cpu3.

To display the CPU usage of all processors, use the following command: 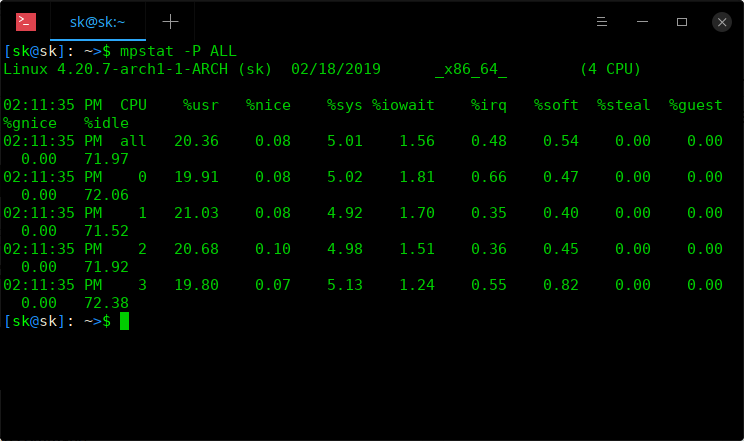 We can also the display the CPU activities in specific Intervals. Say for example, to display 5 reports at interval of 60 seconds (i.e 1 minute), run the following command:

To display the details interrupts received by CPUs, run:

The interrupts statistics are taken from /etc/interrupts file. You can check it using the ‘tail’ command like below:

You can combine both interrupts and CPU usage of all processors using -A option like below.

To check the version of mpstat, run: