A while ago, we summarized all the possible ways to mount Google drive locally as a virtual file system and access the files stored in the google drive from your Linux operating system. Today, we are going to learn to mount Dropbox folder in your local file system using dbxfs utility. The dbxfs is used to mount your Dropbox folder locally as a virtual filesystem in Unix-like operating systems. While it is easy to install Dropbox client in Linux, this approach slightly differs from the official method. It is a command line dropbox client and requires no disk space for access. The dbxfs application is free, open source and written for Python 3.5+.

The dbxfs officially supports Linux and Mac OS. However, it should work on any POSIX system that provides a FUSE-compatible library or has the ability to mount SMB shares. Since it is written for Python 3.5, it can installed using pip3 package manager. Refer the following guide if you haven’t installed PIP yet.

And, install FUSE library as well.

On Debian-based systems, run the following command to install FUSE:

Once you installed all required dependencies, run the following command to install dbxfs utility:

Create a mount point to mount your dropbox folder in your local file system.

Then, mount the dropbox folder locally using dbxfs utility as shown below:

You will be asked to generate an access token: 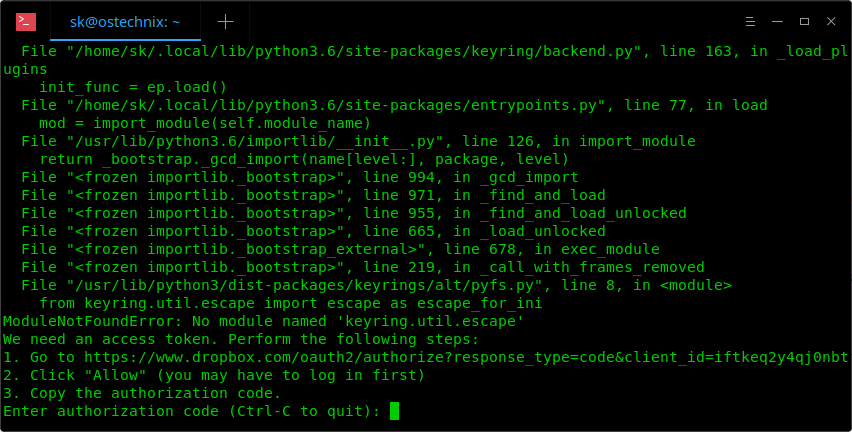 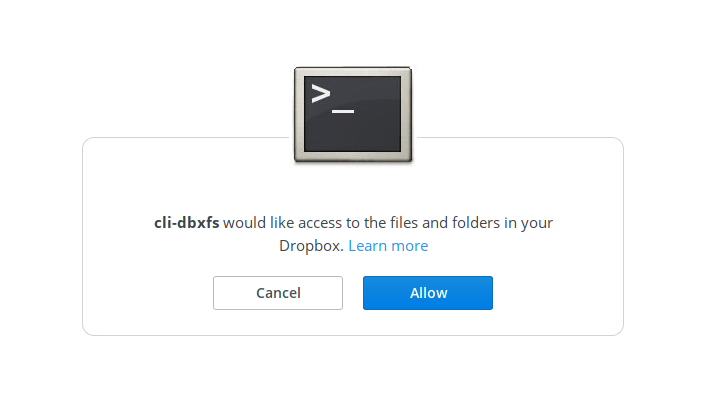 A new authorization code will be generated in the next screen. Copy the code and head back to your Terminal and paste it into cli-dbxfs prompt to finish the process.

You will be then asked to save the credentials for future access. Type Y or N whether you want to save or decline. And then, you need to enter a passphrase twice for the new access token.

Finally, click Y to accept “/home/username/mydropbox” as the default mount point. If you want to set different path, type N and enter the location of your choice. 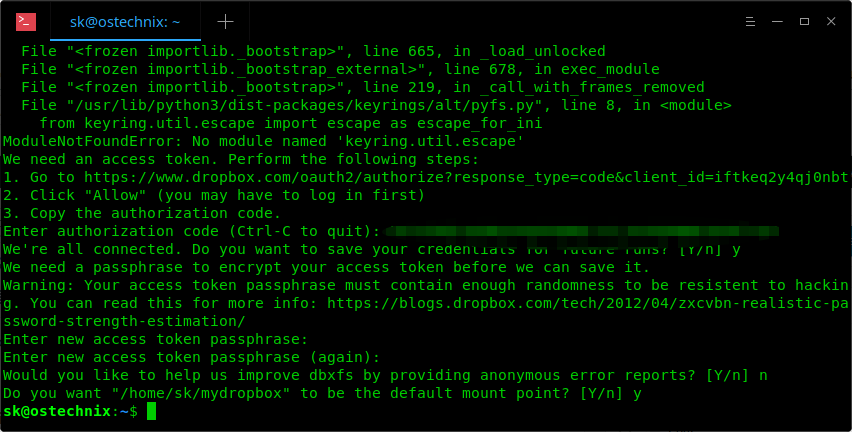 All done! From now on, you can see your Dropbox folder is locally mounted in your filesystem. 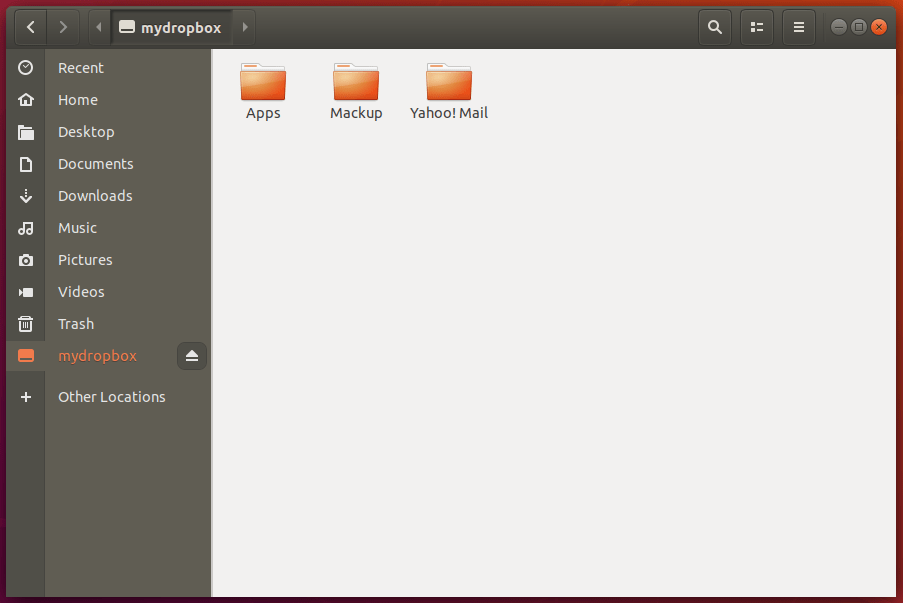 By default, the dbxfs application will store your Dropbox access token in the system keyring or an encrypted file. However, you might want to store it in a gpg encrypted file or something else. If so, get an access token by creating a personal app on the Dropbox developers app console. 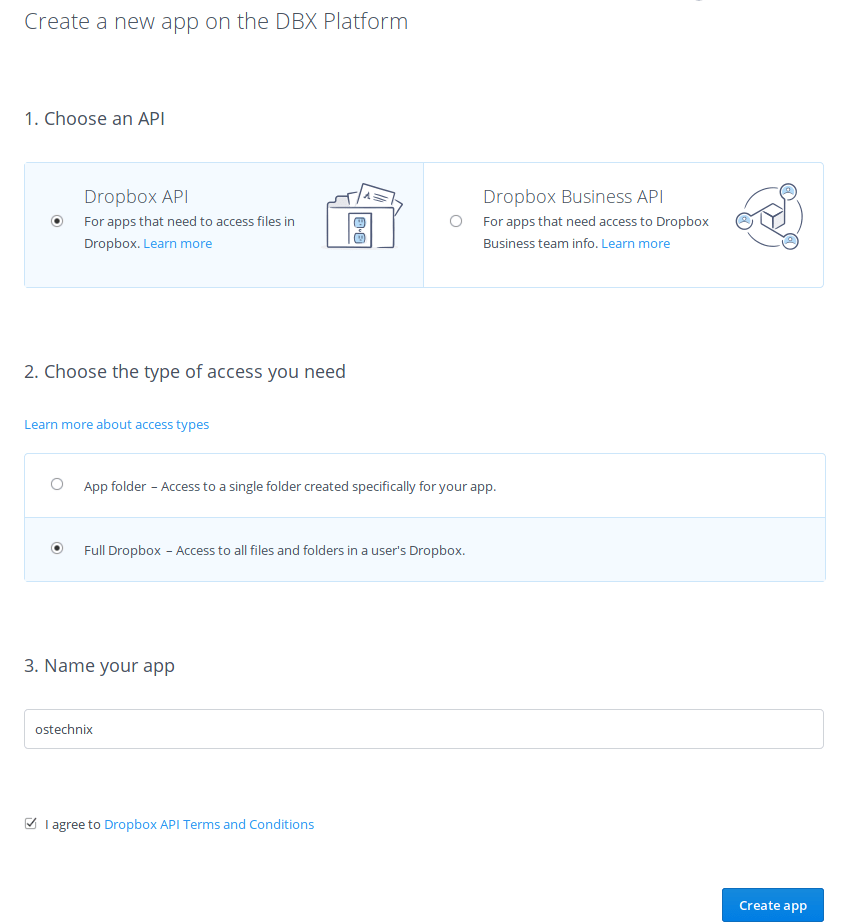 Create a new app on the DBX Platform 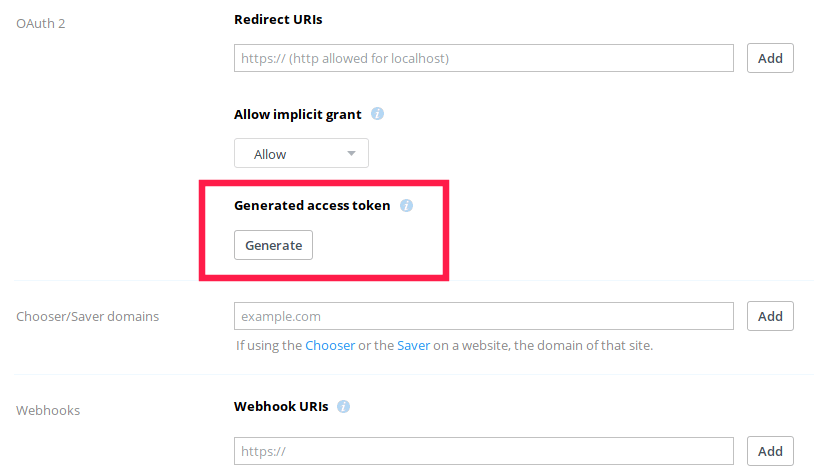 Create a new app on the DBX Platform

Once you created an access token, encrypt it using any encryption tools of your choice, such as Cryptomater, Cryptkeeper, CryptGo, Cryptr, Tomb, Toplip and GnuPG etc., and store it in your preferred location.

Next edit the dbxfs configuration file and add the following line in it:

You can find the dbxfs configuration file by running the following command:

As you can see, mounting Dropfox folder locally in your file system using Dbxfs utility is no big deal. As far tested, dbxfs just works fine as expected. Give it a try if you’re interested to see how it works and let us know about your experience in the comment section below.