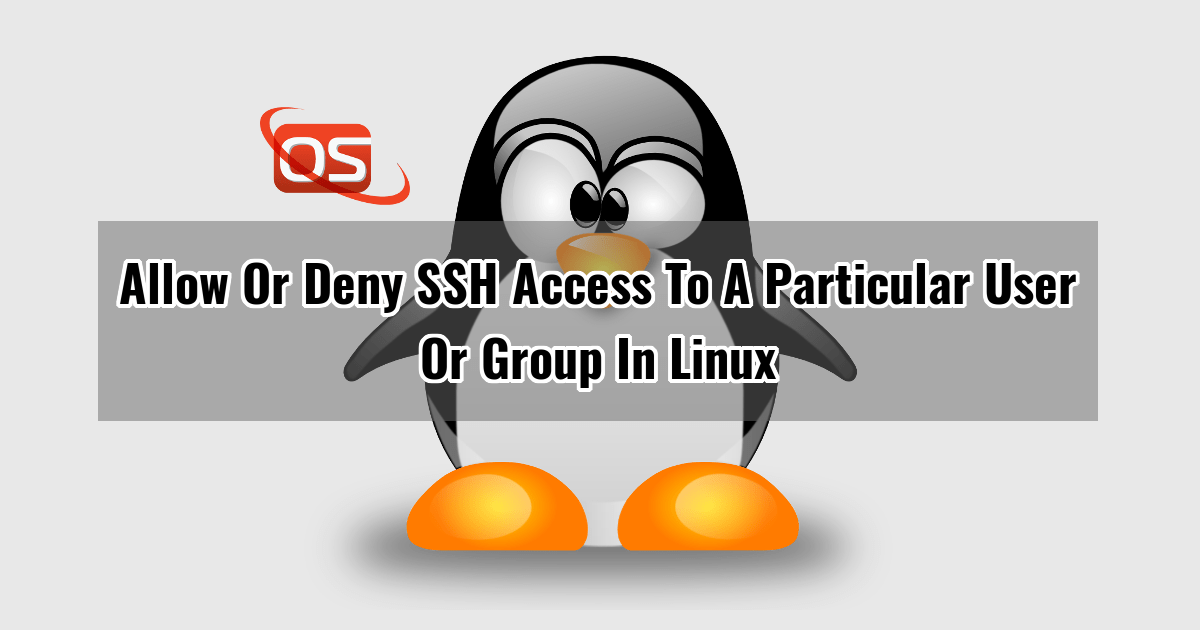 A few days ago, we taught you how to limit a user’s access to Linux system using Restricted shell. Once we have put the users in restricted mode, s/he can’t do anything, except what s/he was allowed to do. It will be helpful when you want to allow a particular user to execute only a specific set of commands. In this guide, we are going to see how to allow or deny SSH access to a particular user or a group in Linux.

Download – Free Guide: “The Heart of It All: Building a Media Center with Raspberry Pi”

openSSH default configuration file has two directives for both allowing and denying SSH access to a particular user(s) or a group.

First, we will see how to allow SSH access for a particular user, for example sk.

Please note that all commands should be run as root user.

Go to your remote server, and edit sshd_config file:

Add or edit the following line:

Replace “sk” with your username. You can also specify more than one user as shown below.

To allow an entire group, say for example root, add/edit the following line:

Those who are in the “root” group can be able to ssh to the remote server.

Save and quit the SSH config file. Restart SSH service to take effect the changes.

Now, the users sk, ostechnix or all the users under the group “root” are allowed to ssh into your remote server. The other users (except sk, ostechnix and users of “root” group) can’t.

If you try to ssh to the remote server using any one of non-allowed user, you will get the following error message:

Now, let us go ahead and see how to deny/disable ssh access to a particular user or group.

To disable or deny SSH access to any user or group, you need to add/edit the following directives in your remote server’s sshd_config file.

Similarly, to deny SSH access to multiple users, specify the usernames with space separated as shown below.

To deny SSH access to an entire group, for example root, add:

Save and quit the ssh config file. Restart ssh service to take effect the changes.

if you try to ssh to server using denied users, for example sk:

You will get the following message:

More importantly you should disable Root user login too. Root ssh access is considered a bad practice in terms of security.

Find the following line, Uncomment it, and set the value to no.