You must have seen some Hollywood movies depicting a lot of Terminals opened in multiple monitors with weird codes, texts and images. I have seen this in most science fiction and thriller movies. In such movies, the CIA people might working super busy with multiple monitors running multiple consoles in a highly sophisticated room. In my childhood, while I was watching some Hollywood movies, I thought they are real and those tricks gave me goosebumps. In case you have some leisure time and want to experience how those multiple consoles looks like in your Ubuntu desktop, you should try “hollywood” utility. This utility will turn your Ubuntu Linux console into a veritable Hollywood technical melodrama hacker interface.

Hollywood is an Ubuntu package developed by Dustin Kirkland, former Cloud Solutions Product Manager of Canonical, in his leisure time. To be honest, Hollywood is a mesmerizing, fun, cool and unfortunately USELESS app. You can use it just for fun! Watch the below video demonstration of Ubuntu Hollywood.

Hollywood is available as snap package, so you can install on any Linux distributions that supports snapd.

Hollywood is available in default repositories of Ubuntu 15.04. Also, Dustin have created a PPA for other Ubuntu versions.

Run the following commands one bye one to install Hollywood in your Ubuntu system.

Once installed, run the following command to start the Melodrama in your console: 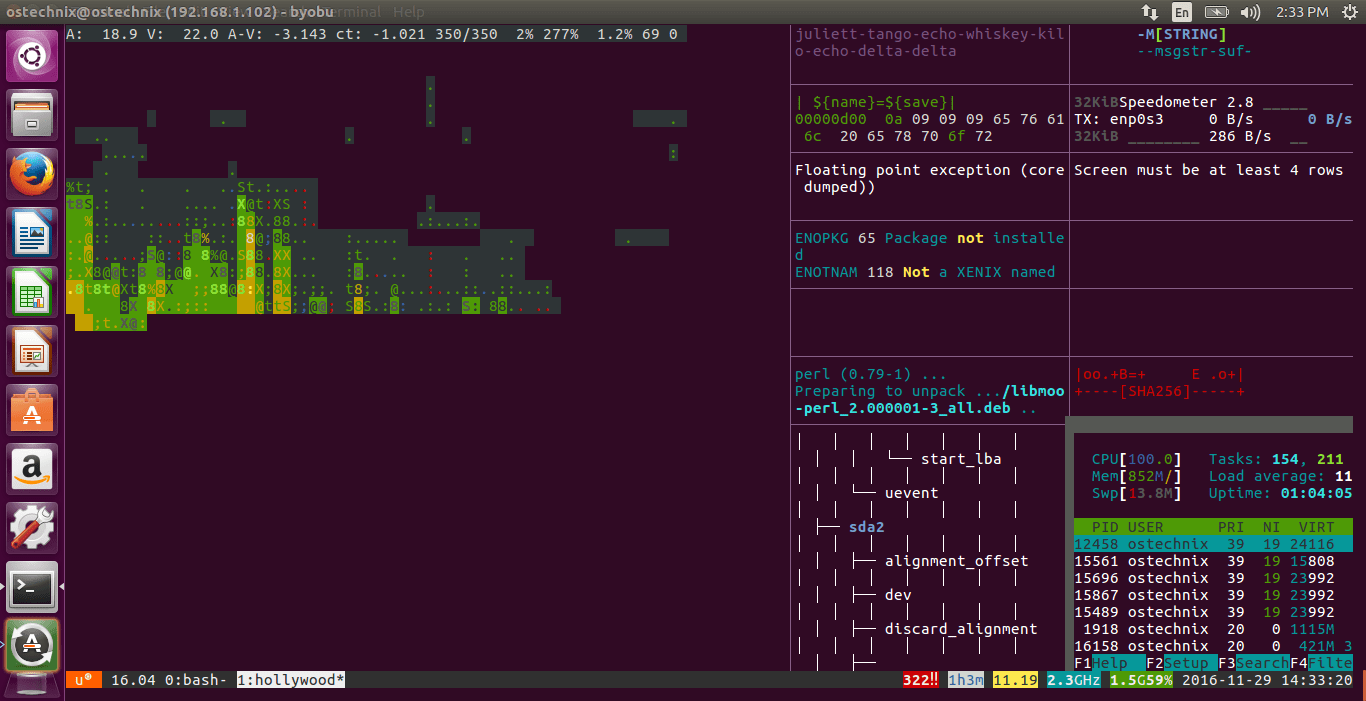 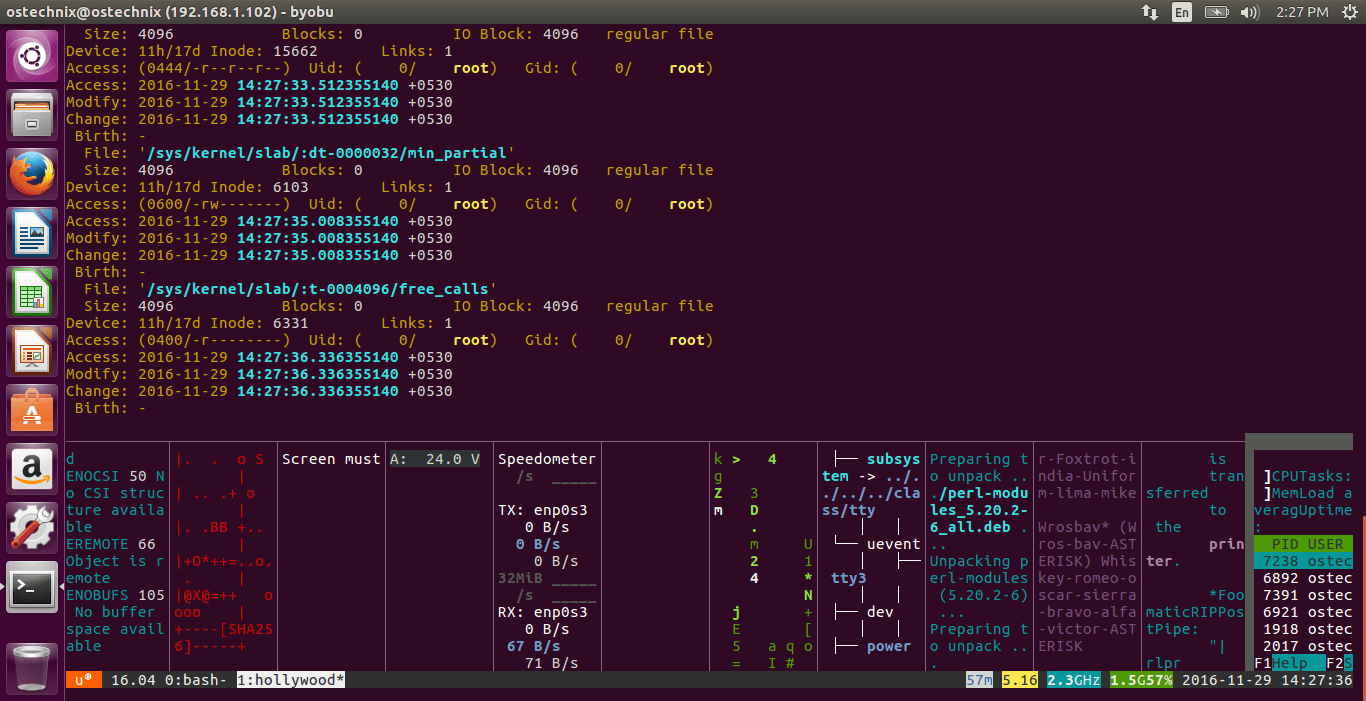 What are you waiting for? Go get this app and start running it and impress your girlfriend/boyfriend. If they are non-techie, I hope they will impress and think you’re such pa rodigy! Have fun!!

Dustin have also created many other useful utilities such as Purge-old-kernels, and Adapt. Check the following links to know more about them.