A Collection Of Puzzle Games To Make Your Free Time Better

Feeling bored at work or home? Well, you should try these games to kill your free time. The developer of the popular SSH and telnet client named “PuTTY” has created a collection of puzzle games that improves your memory and logical thinking. These games are written using C and the X front-end is created using GTK+ library. We can play these games either offline or online. As of writing this guide, there are 39 games available and the developer says more puzzles will be coming in the future. All games can be installed on Linux, Mac OS and Windows. Also, it is available for various mobile operating systems such as Android, iOS, Symbian and Windows.

Like I mentioned already, we can either play these puzzles online or download any puzzle game of your choice from the Download section and manually compile and install it. There are also mobile versions available in the download section. Just choose the game that suits to your mobile OS and install and play. Here are some links to the mobile apps:

Use SGT-Launcher On Debian-based systems

SGT-Lanucher is created by developer named “Sean Davis” for Debian-based systems. It is a game launcher and wrapper for Simon Tatham’s Portable Puzzle Collection. If you don’t like compiling and installing the games manually by yourself, you can install sgt-launcher on your DEB based systems such as Ubuntu, Linux Mint by using the following PPA.

To install sgt-launcher on your Debian-based system, run the following commands one by one.

After installing it, launch Sgt-launcher from the menu or application launcher. Here is how sgt-launcher dashboard looks like in my Ubuntu 18.04 LTS desktop.

Just double click on any game to start playing it.

You can restart the game, start a new game, undo/redo the moves, solve the puzzle from the Game option in the menu bar on the top. To exit the game, go to Game -> Exit. Now you will be landed in the main dashboard where you can start another game.

Just in case you don’t want to play the games offline, you can play them online from your web browser as described in the following section.

Go to the Simon Tatham’s Portable Puzzle Collection web page and scroll down a little bit. You will there see all games under the section titled “The Games”. Just click on the icon of any game you want to play. You will be redirected to the respective game home page. 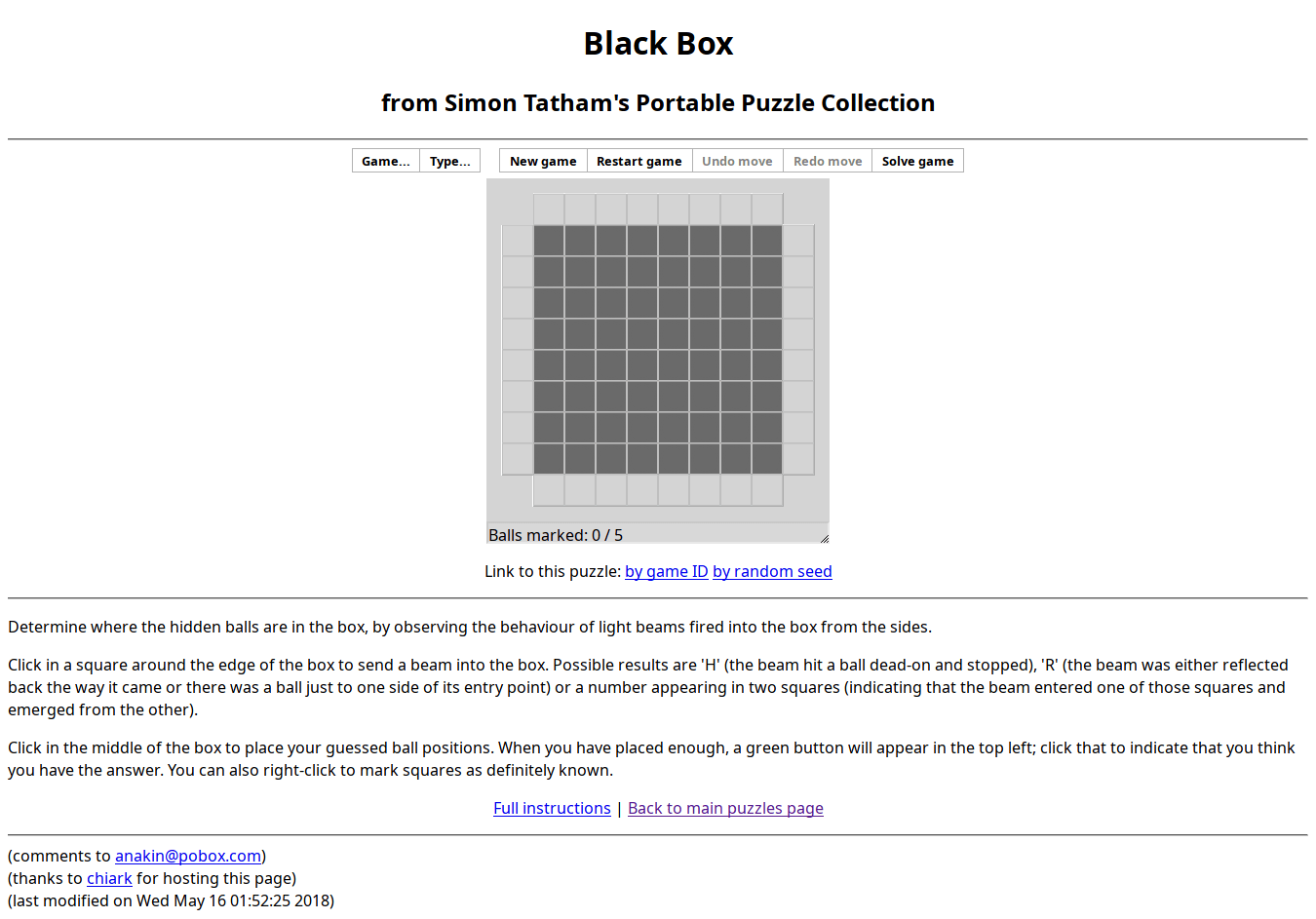 Now it is time to solve the selected puzzle game. The instructions to play the game has been given under each game section. You can simply refer the manual and start playing the game. Also, there are few more controls, such as restart the game, start a new game, redo and undo the moves and solve the game, are given on the top. If you don’t know how to solve the puzzle, just click on the Solve game button on the top.